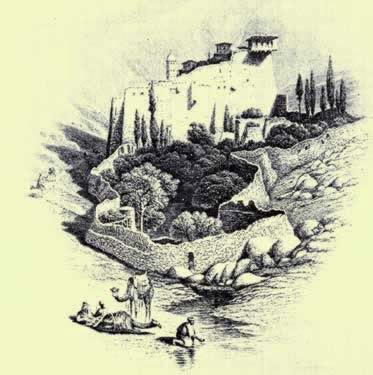 As the group of pilgrims move slowly along the endless desert on their mules, Egeria is struck by the sheer inhospitality of the terrain. She feels humbled when she thinks of Moses, and how he had led his people through this very desert for forty years. It is the sixth century AD, and the pilgrims have travelled for many weeks to reach St. Catherine’s Monastery at the base of Mt.Sinai in Egypt. 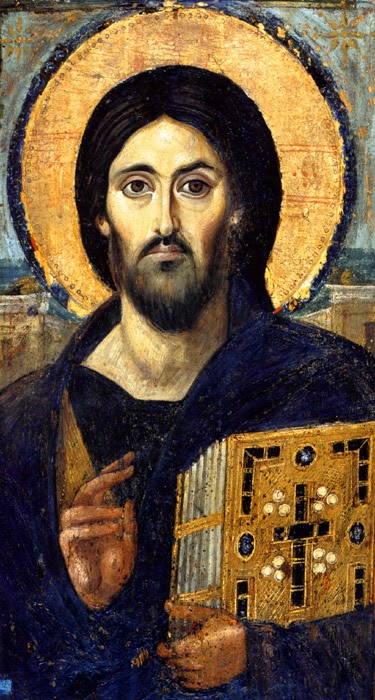 An old monk leads the tired pilgrims through the monastery. As Egeria follows her people, her eyes suddenly fall on an icon of Christ, she is instantly drawn towards it. This painting of Christ as the Pantocrator, which in Greek means ‘Ruler of All’ is regarded as one of the earliest examples of Byzantine Iconography (painting). Believed to have been painted by a highly accomplished artist from Constantinople (Turkey) during Emperor Justinian’s reign, this is a 33X18cm Encaustic painting on wood. Encaustic painting also known as hot wax painting, involves the use of heated beeswax to which coloured pigments are added. The liquid is then applied to a surface-usually wood. Then metal tools and special brushes are used to shape the paint before it cools.


The painting of Christ Pantocrator, shows the frontal portrait of Jesus holding gospel book in one hand and blessing the viewer with the other hand. The portrait is a coming together of Roman and Egyptian portraiture traditions. The portrait captures the moment of tension where Jesus Christ is both divine and human; he is simultaneously both mercy and judge. There is a distinct split down the centre of his face, one side is an ethereal, stoic Jesus and the other is a darker almost angry Jesus showing human emotion. This split between the human and the divine natures of Christ extends down to his hands as well. 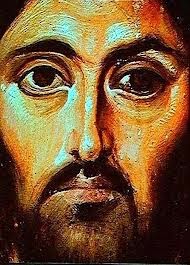 The divine hand blesses the faithful but is also a sign of teaching and authority, his fingers are raised in groups of two and three which is usually interpreted as the dual natures of Christ and the holy trinity. The human hand carries a gospel, the story of the physical events of Christ’s life; it symbolizes his authority over the cosmos and his ministery here on earth. Symbolism also emerges in the use of light. The light moves from the left to the right, creating a sense of mystery on the right side. If you look carefully, you will notice that Jesus’s eyes have no reflection. This is because of the belief that he himself is the source of light and since the light comes from him, his eyes are clear of reflections.


Colour is also used to reinforce the idea of unearthly lights and heavenly environments. Warm tones, ranging from ochre to brown are centred in golden tones. The circular halo around his head, done in gold leaf indicates the divinity of the figure and probably had some incrustations on it. Some graphic elements have been added to the painting, we can see three axes of what could be a cross painted on the halo with star - like designs on them. These designs also appear in ochre on the top left and right corners of the painting. They would later symbolise purity and would be a key element in the depiction of Virgin Mary. Behind the figure of Jesus we can see a landscape of what seems to be a city, painted in the style of Roman decorative painting.


Egeria, and her fellow pilgrims stayed at the monastery for some time.  She wrote about her journey to the monastery and the painting that enthralled her. Her writings were later translated into English and compiled into a book called, 'The Pilgrimage of Etheria’( she was also known by that name). St Catherine’s monastery is the oldest working monastery in the world. The image of Christ Pantocrator, is the single most important image still existing from the early Christian Empire. It's believed to have survived the period of iconoclasm in the ninth and tenth century (when all religious Christian icons were deliberately destroyed) because of the remote location of the monastery, where thousands of years ago Moses had come down the great mountain after God delivered the Ten Commandments to him.